Marzahn-Hellersdorf’s urban landscape is an astonishing patchwork. While tower bocks dominate east Marzahn and north Hellersdorf, Biesdorf, Kaulsdorf and Mahlsdorf are more like settlements dotted with little homes. This juxtaposition was not so pronounced until the GDR decided to build a large number of Plattenbauten (tower blocks) at the end of the 1970s. The borough’s population diminished until 2010, so only now questions are again being asked concerning the constructing new flats.

With 3.9% of the population as of 31.12.2020, the borough is not that popular with EU expatriates. Since 2009, however, their numbers have increased sharply, especially thanks to a large influx of Eastern European communities. Today, 10,721 EU citizens live in Marzahn-Hellersdorf.

Left-wing politician Dagmar Pohle has been borough mayor since 2016. In the last BVV election in 2016, Die Linke became the strongest force with 16 seats, followed by the AfD (Alternative for Germany) with 15 seats. The SPD (Social Democratic Party of Germany) and the CDU (Christian Democratic Union) came third with 11 seats each. The Greens entered the BVV with 2 seats.

On 2 September 1977, the roofing ceremony for the first completed tower block of the then borough of Marzahn was held. Occupying house numbers 41 to 45 of Marchwitzastraße, it was the biggest building of its kind in Europe. The first renters moved into its ten floors at the end of 1977. A stele on the Allee der Kosmonauten, Marzahn’s major traffic artery, commemorates the event.

“Insel der Schwäne” (island of swans) tells the story of Stefan, who moves with his parents from their village to Berlin-Marzahn, where his father is employed as a construction worker. The boy has to adapt to his new concrete world after life in more natural surroundings. The film portrays the experiences of a generation who lived through the 1980s in the GDR.

The Gärten der Welt (gardens of the world) are part of a recreational park in Marzahn. Visitors can wander through various gardens of Chinese, Italian, Korean or Japanese design. There are also two mazes of English and French design to discover. A tour of the world in Berlin!

There is an incredible view of Marzahn, Berlin and Brandenburg from the Skywalk on the Marzahner Promenade. The viewing platform was built on the roof of a tower block and is 70m high. It is arguably the best view in the capital.

Which is your favourite place in Marzahn-Hellersdorf? What could the borough do better, how should it change? Your comments are part of the political discussion leading up to the BVV (local) election! 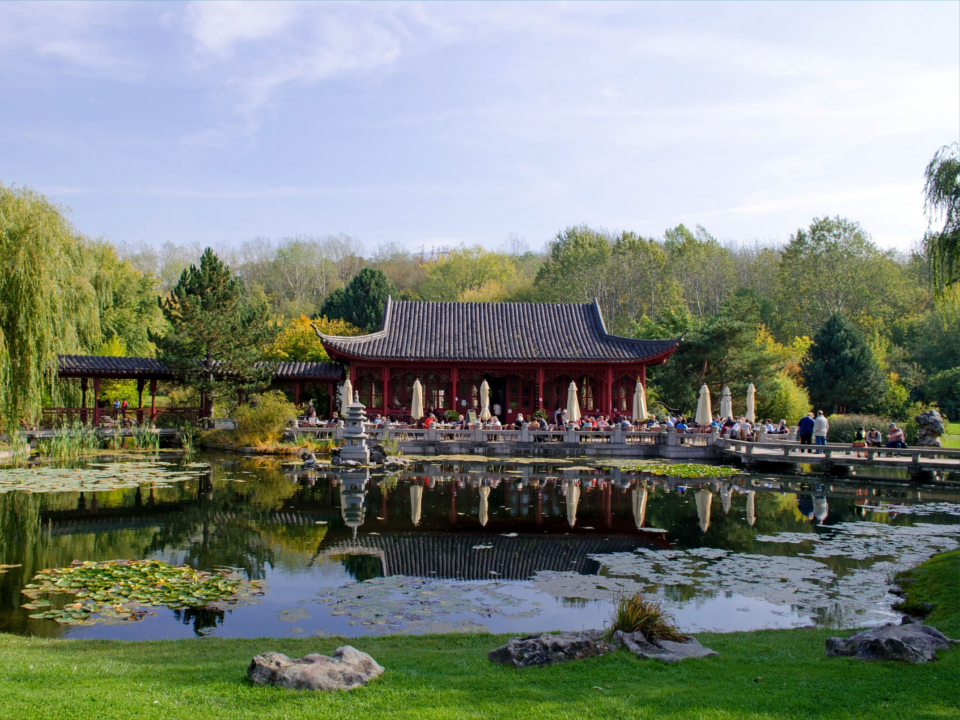