“Jottwede”, or: „Janz weit draußen“ … Genuine Berlinerisch expression (meaning “miles away”) that could be used to describe Reinickendorf. And yet you’ll hardly find another borough with as varied a landscape. The northern parts of Reinickendorf are barely distinguishable from Wedding, while time appears to have stood still in the pretty village of Lübars. The Märkische Viertel, on the border with Pankow, is probably West Berlin’s biggest satellite town. The western part of the borough, on the other hand, is rich with water and forest areas. With the site of the former Tegel Airport, Berlin will develop a new urban quarter – the Urban Tech Republic. Numerous urgently needed flats will be built there in addition to a large science hub.

Around 30 years ago, the Allies left Reinickendorf as well. As of 31.12.2020, 17,627 EU foreigners lived in the borough, which equals a share of 6.6%. Since 2008, their share of the population has been rising again: the borough seems to be becoming attractive especially for people from Italy, Bulgaria and Romania.

Since 1999, the CDU (Christian Democratic Union) has provided the borough mayor. In the 2016 BVV election, the CDU won 21 seats. The mayor is Frank Balzer. The SPD (Social Democratic Party of Germany) received 13 seats, the AfD (Alternative for Germany) entered the BVV with 8 seats, followed by the Greens with 6 seats, the FDP (Free Democratic Party) with 4 and the Left Party with 3 seats.

23 October 1974 marks Tegel airport’s civil opening. Only Tempelhof had been active in West Berlin after the end of the War; Tegel was a purely military airport. It has since become Berlin’s most important civil airport, handling 21 million passengers in 2015 alone. With the completion of the construction of Berlin-Brandenburg Airport next to Schönefeld Airport, the airport was taken off the grid on 8 November 2020. On 5 May 2021, its status as a commercial airport finally expired and Tegel Airport became part of Berlin’s history.

“Der Baader Meinhof Komplex” tells the story of the Red Army Faction (RAF) from roots and founding to terrorist attacks and trial. At the beginning of the 1970s, the RAF carried out a series of terrorist attacks, murdering political and business leaders. Ulrike Meinhof lived and worked as a social worker in the Märkisches Viertel before she founded the RAF.

The Russisch-Orthodoxer Friedhof Tegel (Russian orthodox graveyard) was built at the end of the 19th century for Russian immigrants. To not only bury the dead in accordance with orthodox rituals but also in Russian soil, 4,000 tonnes of earth were imported from Russia. The colour contrast between its red bricks and light-blue dome is why St. Konstantin-and-Helena Church is considered the site’s centrepiece.

The Jump House Reinickendorf opened just before the last BVV election. Sited on 4,000m2 and equipped with 121 trampolines, there’s plenty of space to jump around. There is even a basketball pitch. By the way: 600 muscles work in concert every time you jump.

Which is your favourite place in Reinickendorf? What could the borough do better, how should it change? Your comments are part of the political discussion leading up to the BVV (local) election! 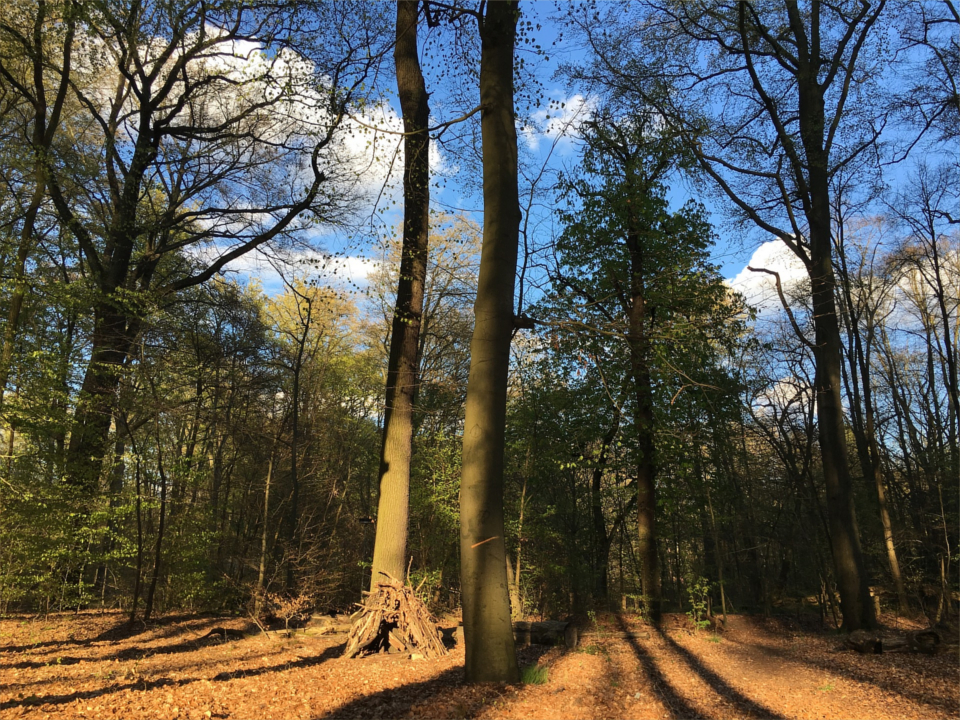