Friedrichshain and Kreuzberg were separate boroughs until unified in the administrative reform of 2001. Before the Berlin Wall fell, the boroughs belonged to two different cities: Friedrichshain was in East, Kreuzberg in West Berlin. In Friedrichshain, the “workers’ borough”, during the GDR’s final years a niche for youth-based counterculture emerged. Situated at the borders of Mitte, Friedrichshain and Treptow, Kreuzberg was locked in on three sides by the Wall. This juxtaposition encouraged the development of an alternative lifestyle and several social movements.

Today one borough, Friedrichshain and Kreuzberg are seen as a meeting place for young and creative types. The smallest borough of the city in terms of area is very popular with EU foreigners: At 28,969 people, they represent 10% of the residents.

The Greens are the strongest party in the borough with 20 seats in the BVV and Monika Hermann as mayor. The Left Party follows as the second strongest force with 12 seats, ahead of the SPD (Social Democratic Party of Germany) with 13 seats. The CDU (Christian Democratic Union) won 4 seats, the AfD (Alternative for Germany) 3 and the Pirates, the PARTEI and the FDP (Free Democratic Party) two seats each.

On 18 March 1848, thousands of Berliners gathered at Schlossplatz to thank the King for his response to the Demands of March (press freedom, human rights, national statehood, etc.). A riot began in which two shots were fired. In a matter of hours, 200 barricades were erected across the city. The subsequent street battles cost the lives of 183 people. The Friedhof der Märzgefallenen (Graveyard of the March Fallen) is in Friedrichshain’s public park.

“Prinzessinenbad” is a documentary about three 15-year-old girls from Kreuzberg who, navigating between boys, drugs and friendship, find their own winding ways towards adulthood. One of the film’s lines, “Ich komm’ aus Kreuzberg, du Muschi” (“I come from Kreuzberg, you twat”) has become famous.

The Museum der Dinge (Museum of Things) might surprise a few people. Hidden on the third floor of a factory on Orianienstraße is a collection of unique but everyday items whose origins cover German history from the beginning of the 20th century. A must for design and history enthusiasts!

Which is your favourite place in Friedrichshain-Kreuzberg? What could the borough do better, how should it change? Your comments are part of the political discussion leading up to the BVV (local) election! 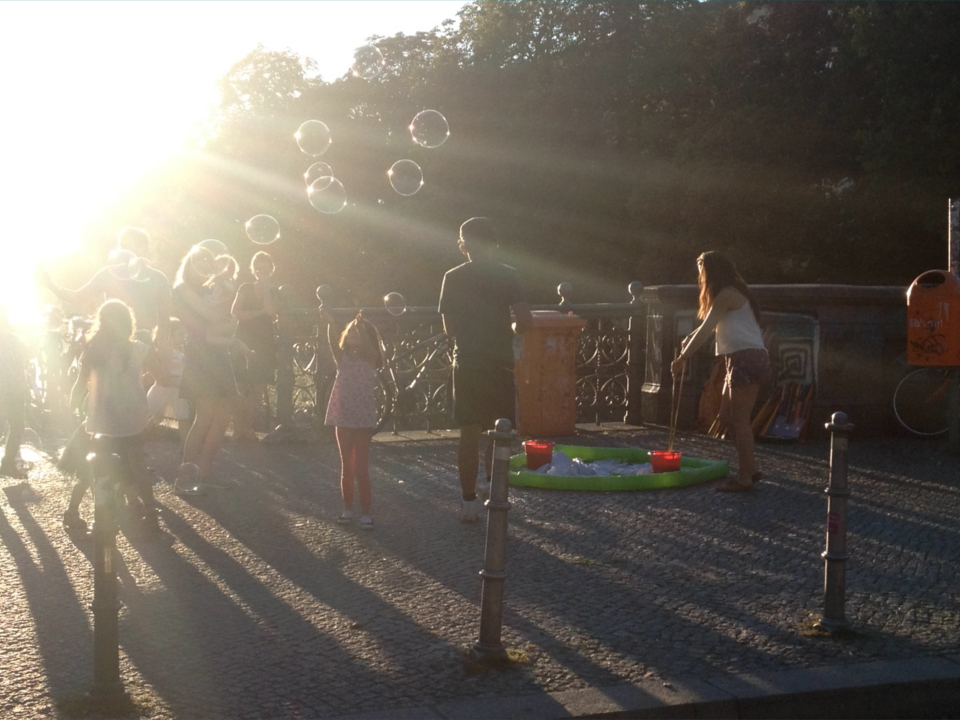