If you want to know where Berliners have it best, there are plenty of statistics that point you to Steglitz-Zehlendorf. The borough enjoys the highest life expectancy, lowest unemployment rate, the third highest average household income and the best educational prospects for its young. Its beautiful villas and proximity to Wannsee add to its reputation as Berlin’s luxurious borough.

The CDU (Christian Democratic Union) has been governing Steglitz-Zehlendorf since 2001. The borough mayor is Cerstin Richter-Kotowski. In the 2016 BVV election, the CDU won 17 seats, followed by the SPD (Social Democratic Party of Germany) with 13 seats, the Greens with 11, the AfD (Alternative for Germany) with 6, the FDP (Free Democratic Party) with 5 and the Left Party with 3 seats.

On 11 June 1986, an incredible exchange of spies took place on the Glienicker Bridge at the border between Zehlendorf and Brandenburg. After eight years of negotiations, 23 western spies were exchanged for four from the east. It was the Cold War’s largest ever exchange of spies.

“A Hunger Artist” by Franz Kafka was published posthumously in 1924 and is composed of four novellas. He wrote “A Little Woman” in Berlin, where he lived between September 1923 and February 1924. In this novella, Kafka describes the relationship between the narrator and a woman in his neighbourhood. Some argue that the woman was in fact the landlady of Kafka’s flat on Miquelstraße in Steglitz.

The Botanischer Garten (Botanical Gardens) in Steglitz-Zehlendorf is one of Europe’s most famous and, at 40 hectares, Germany’s largest. Planted in the 17th century as a fruit garden for the electors, the gardens now belong to the Free University and boast over 22,000 varieties of plant. The Tropenhaus (tropical house) is a large greenhouse for tropical plants, some of which are more than 150 years old!

The Pfaueninsel (Peacock Island) is an idyllic little island in a nature reserve in Havel in south-west Berlin. As the name suggests, the island is home to a particular animal: not only humans wander its landscape, so too do free-roaming peacocks. Small wonder then that the island has been a favoured destination for Berliners since 1821.

Which is your favourite place in Steglitz-Zehlendorf? What could the borough do better, how should it change? Your comments are part of the political discussion leading up to the BVV (local) election! 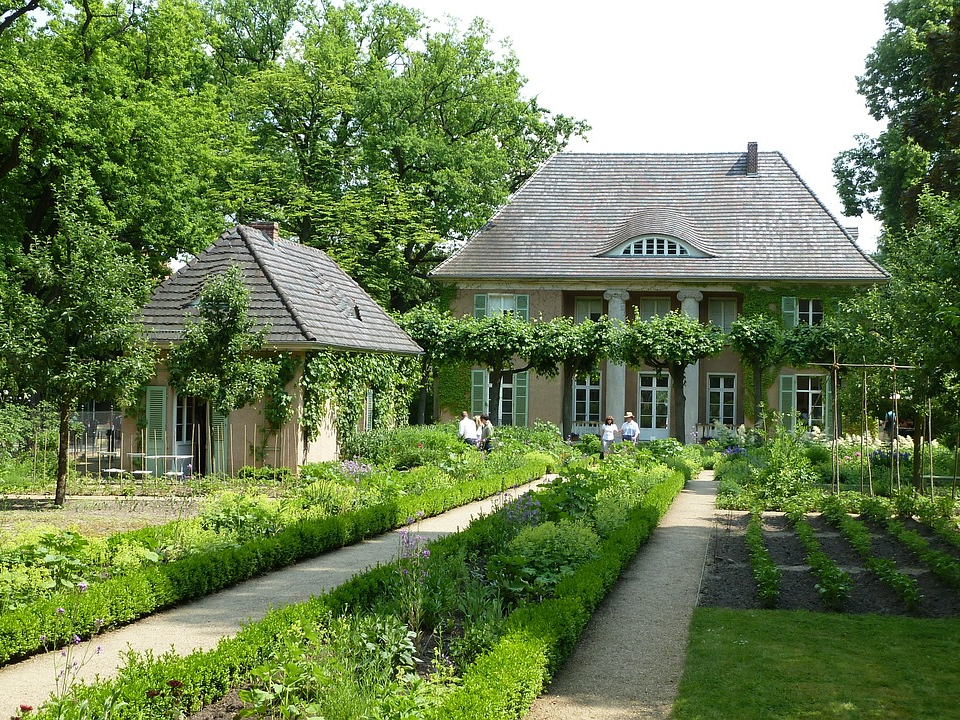