For the last few years, a large number of people have been making their way to Berlin from across the EU. Which borough do they call home? How are their communities distributed?

Almost 7% of Berlin’s population originated from other European Union countries and now call Germany’s capital their new home. A high proportion of their number arrived in recent years: since 2010, the number of EU citizens living in Berlin has risen by 100,000 to almost 250,000!

Their favourite boroughs are Mitte, Friedrichshain-Kreuzberg, Charlottenburg-Wilmersdorf and Neukölln: 55% of them live there. By contrast, only 32% of German-Berliners have chosen one of these four as their home. However, country of origin shapes the distribution.

You won’t find many Brits in east Berlin. They live mostly in western boroughs such as Mitte, Friedrichshain-Kreuzberg, Schöneberg or Neukölln. Steglitz-Zehlendorf is also home to quite a large share of their number.

The French are to be found in the inner city, in particular Prenzlauer Berg, Charlottenburg, Kreuzberg and Neukölln. Further out and to the east their numbers are hardly worth mention, but they are well represented in Berlin’s western boroughs of Reinickendorf and Steglitz-Zehlendorf.

Poles are more evenly distributed than the other communities, although it’s also true that north-west Berlin houses most of them – primarily Wedding, Reinickendorf and north Charlottenburg, but Spandau too is home to a relatively large proportion of Polish people. Their numbers in inner-city areas are comparatively low.

Only a few Spaniards live outside Berlin’s inner-city ring. Most are found within, specifically in Mitte, Charlottenburg, Prenzlauer Berg, Friedrichshain and Neukölln. They are also well represented in Lichtenberg.

But no matter where you live, you may vote on 18 September in your borough’s Bezirksverordnetenversammlung (local election)! You can find out more here. 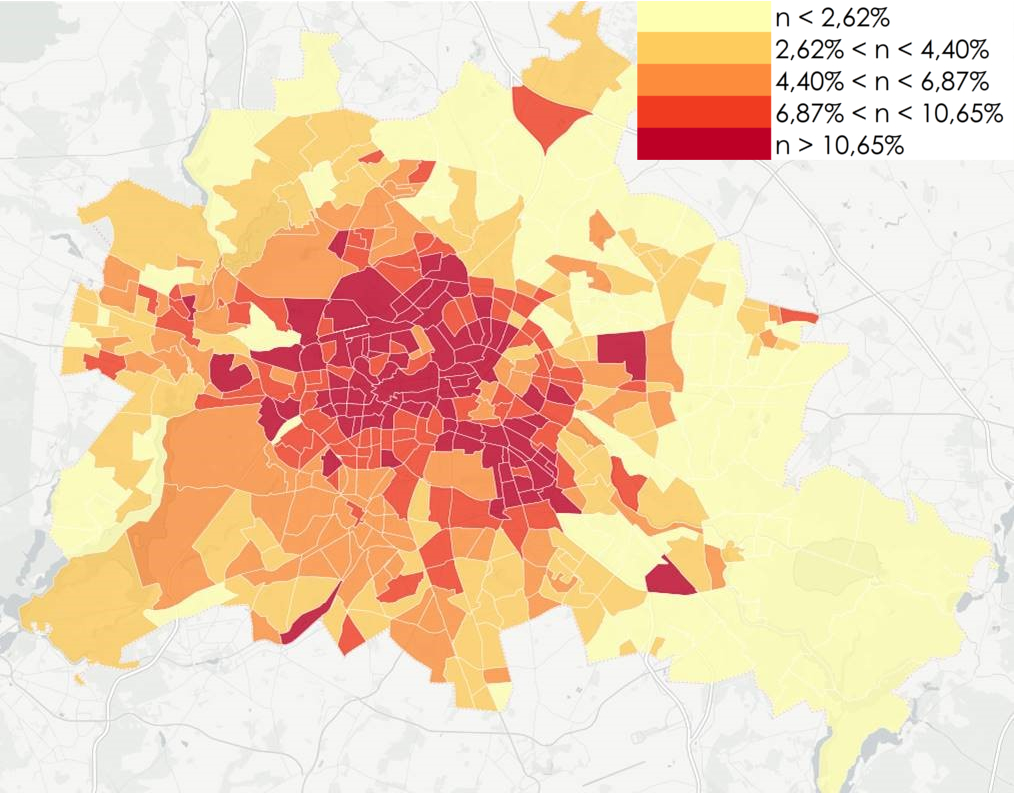 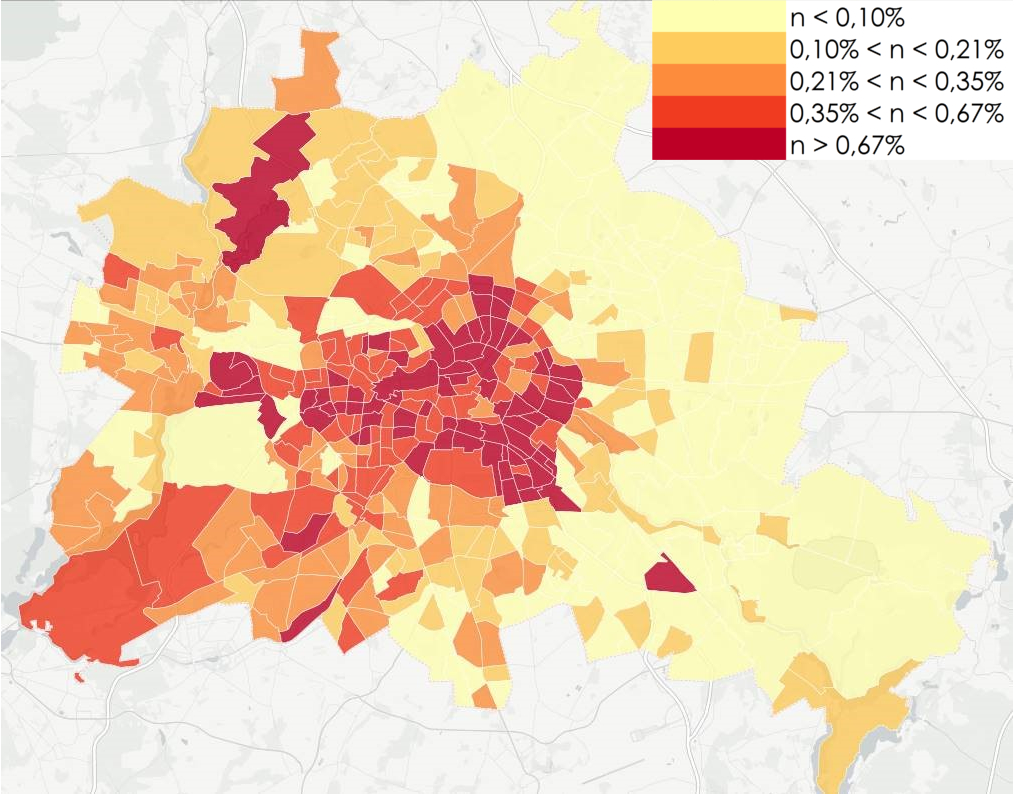 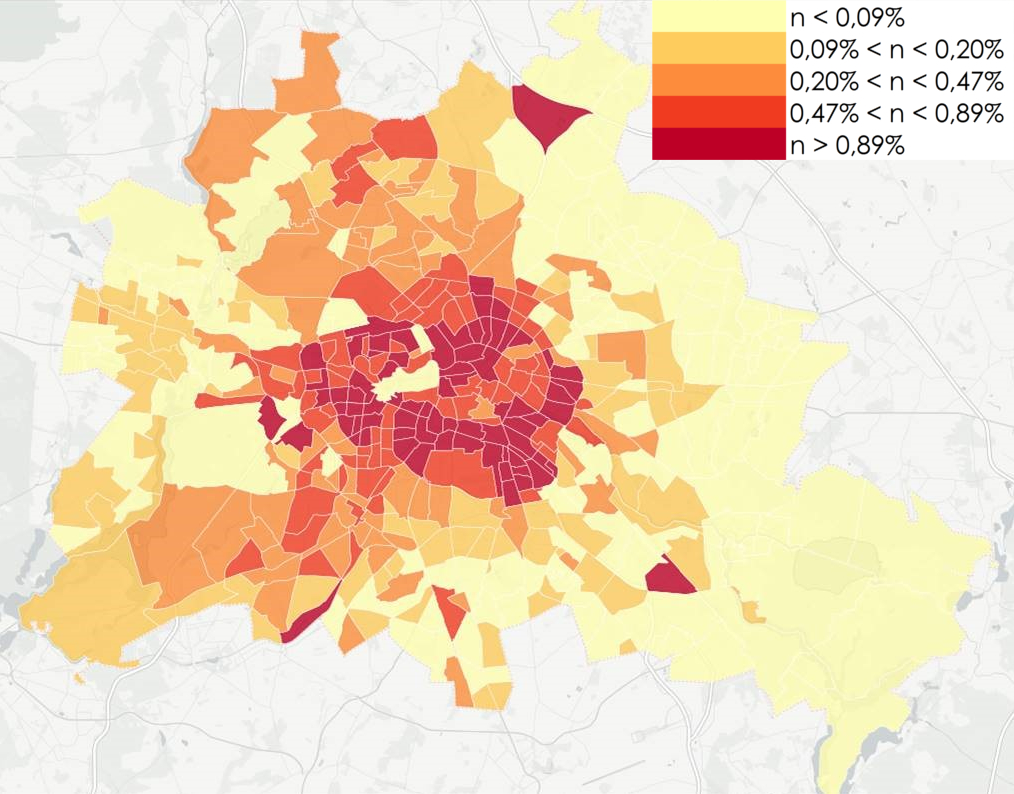 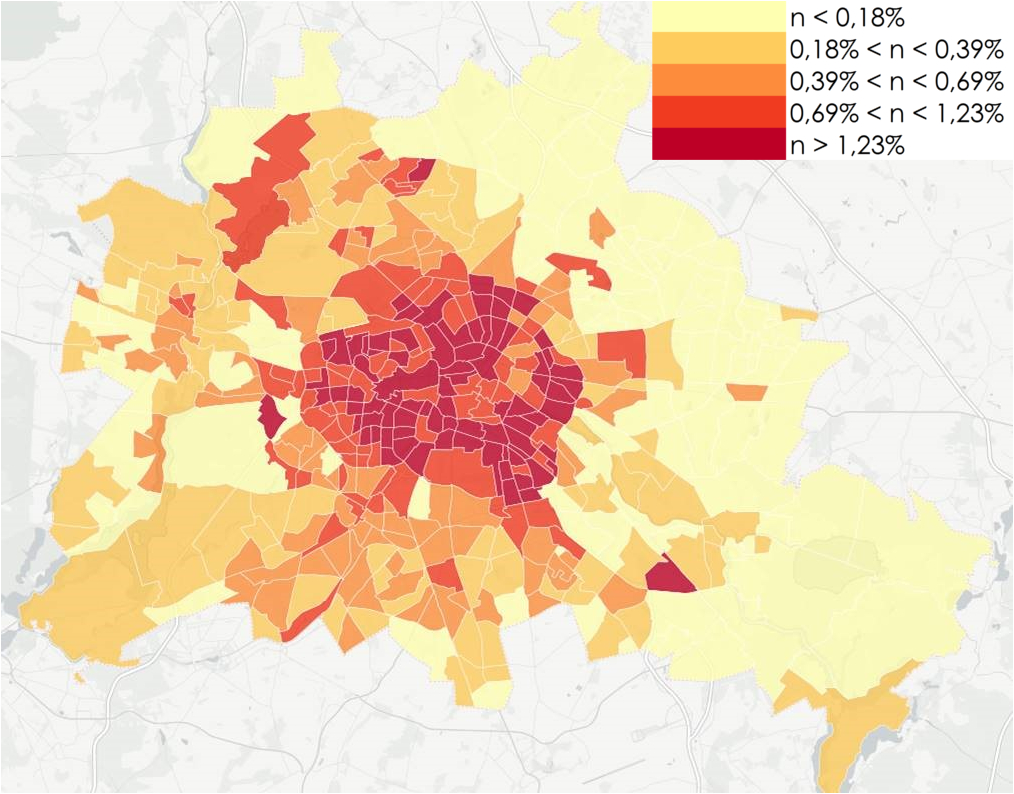 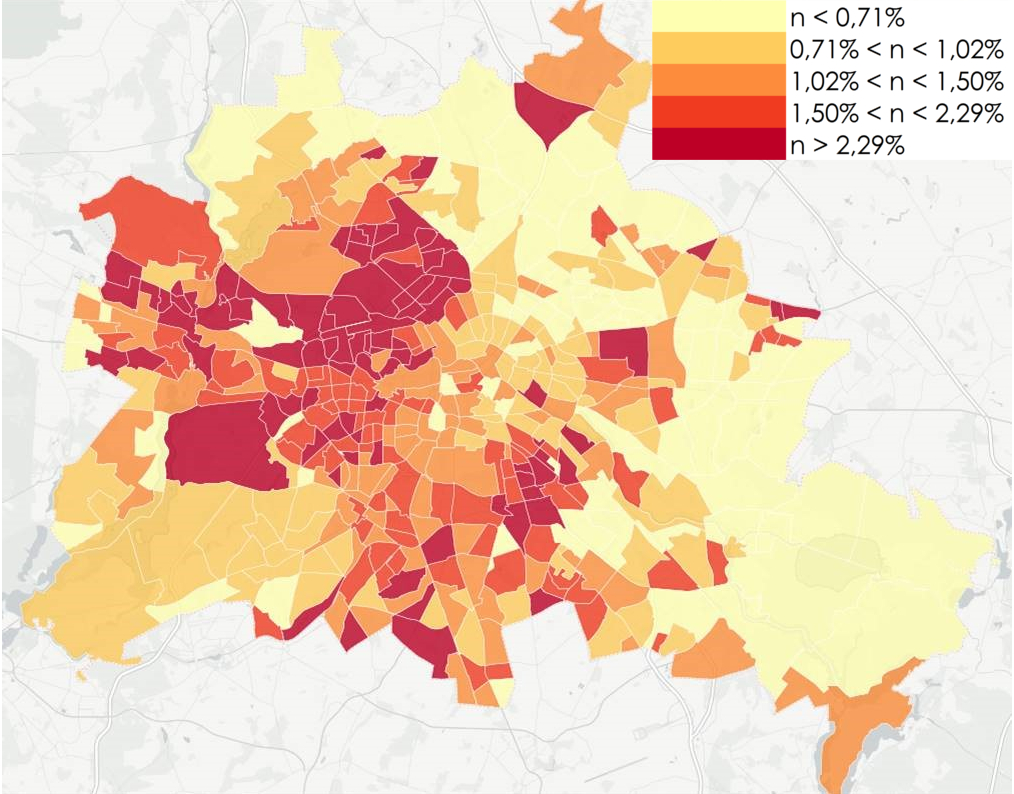 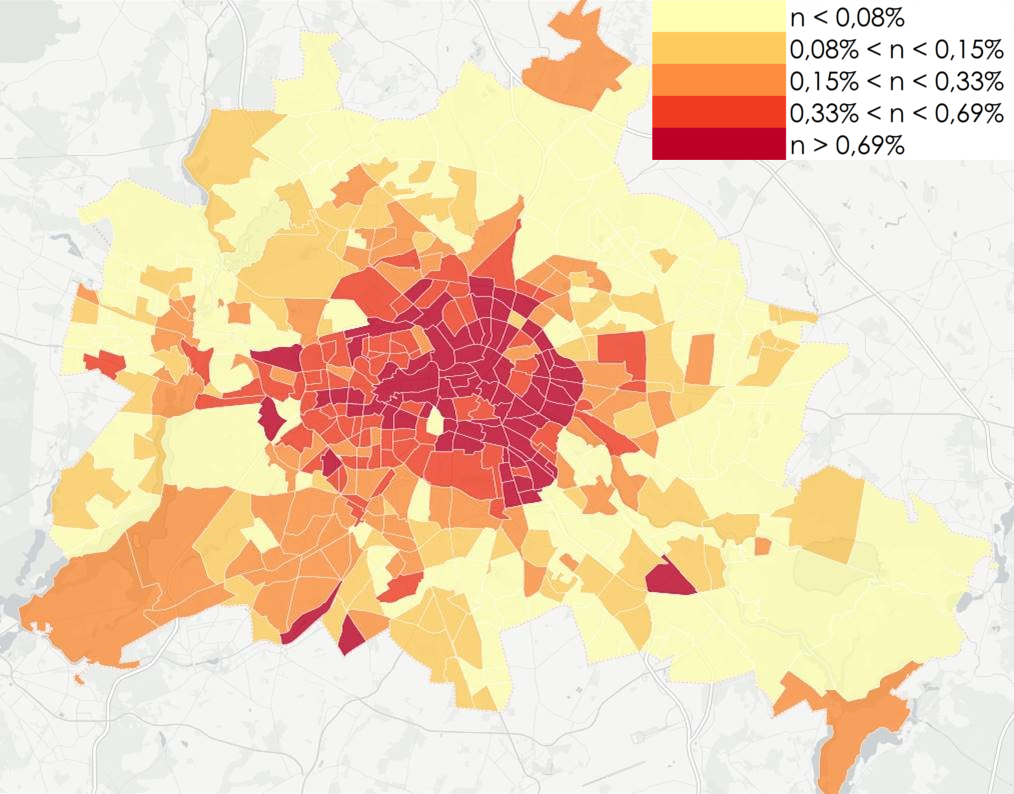 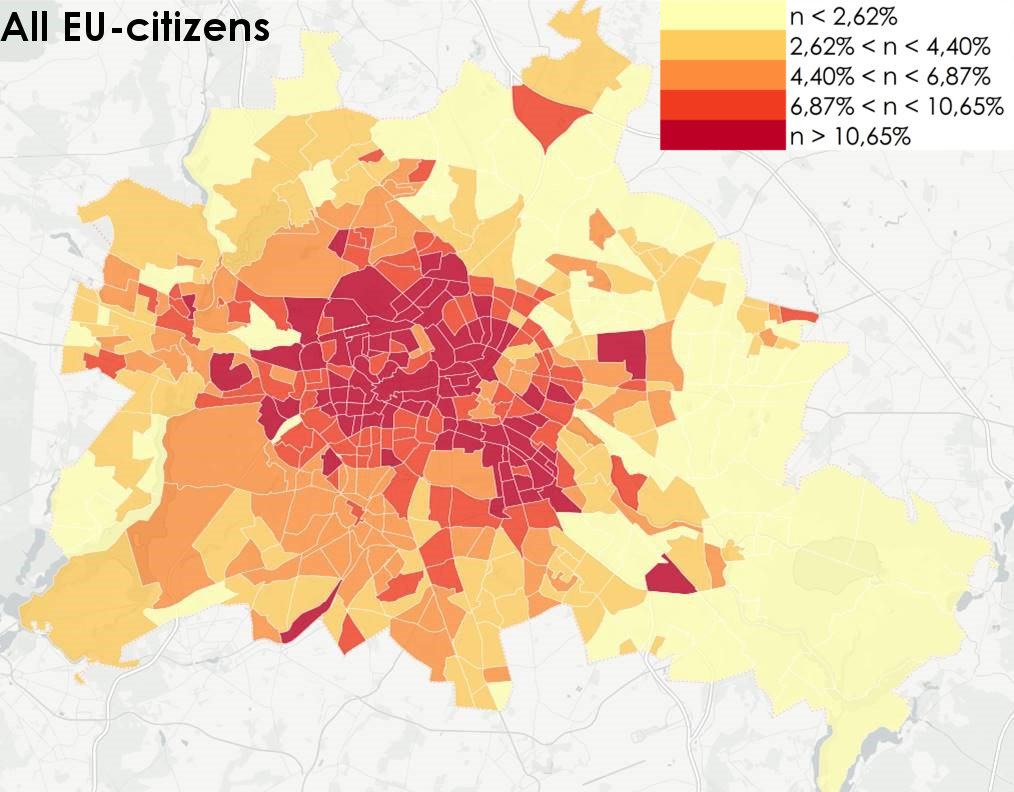