Up until Berlin and Germany were reunified, City West around Kurfürstendamm was the showcase of West Germany’s economic miracle. However, after the Berlin Wall fell, the borough lost its role as the capital’s centre as new centres of cultural life arose in East Berlin. But for the last few years there has been a palpable sense of renewal in the air. The Zoo-Palast has reopened, the Bikinihaus has been transformed, the Schaubühne is enjoying a second spring, several new photographic studios have opened, and so on. City West is reinventing itself.

The borough is once again an area of interest for non-German EU citizens: 10,000 have relocated to Charlottenburg-Wilmersdorf over the last five years and so that now they represent around 10% of its population.

5 May 1886 marks the official opening of the tram line that ran from Zoologischer Garten to Halensee. The line travelled almost the entire length of the Kurfürstendamm and has thus become the boulevard’s official birthday. West Berlin’s last tram line was, however, closed in 1967 but Kurfürstendamm is still City West’s showcase boulevard.

“Im Angesicht des Verbrechens” (In the Face of Crime) is a German crime series that takes place in areas of Charlottenburg known for Russian Mafia activity. A policeman whose brother was murdered ten years earlier is on the trail of a head of the Russian Mafia. He must continuously balance his personal principles with his new life as a policeman.

The Olympic Games of 1936 were held in the Olympiastadion, though at the time it had been named “Reichssportfeld” by the national-socialist regime. The German stadium was completed in 1913 but remodelled along Roman lines by the 1936 government. Today it can accommodate almost 75,000 people.

Radar domes bulge out above the trees on the Teufelsberg. The Allied monitoring station used for the Cold War was situated here on this man-made hill, built from 25 million tonnes of war detritus. The electronic equipment was removed after the fall of the Berlin Wall and Germany’s subsequent reunification. The building was used to monitor civil flight traffic until 1999 and then left. At 120m, it is Berlin’s highest hill.

Which is your favourite place in Charlottenburg-Wilmersdorf? What could the borough do better, how should it change? Your comments are part of the political discussion leading up to the BVV (local) election! 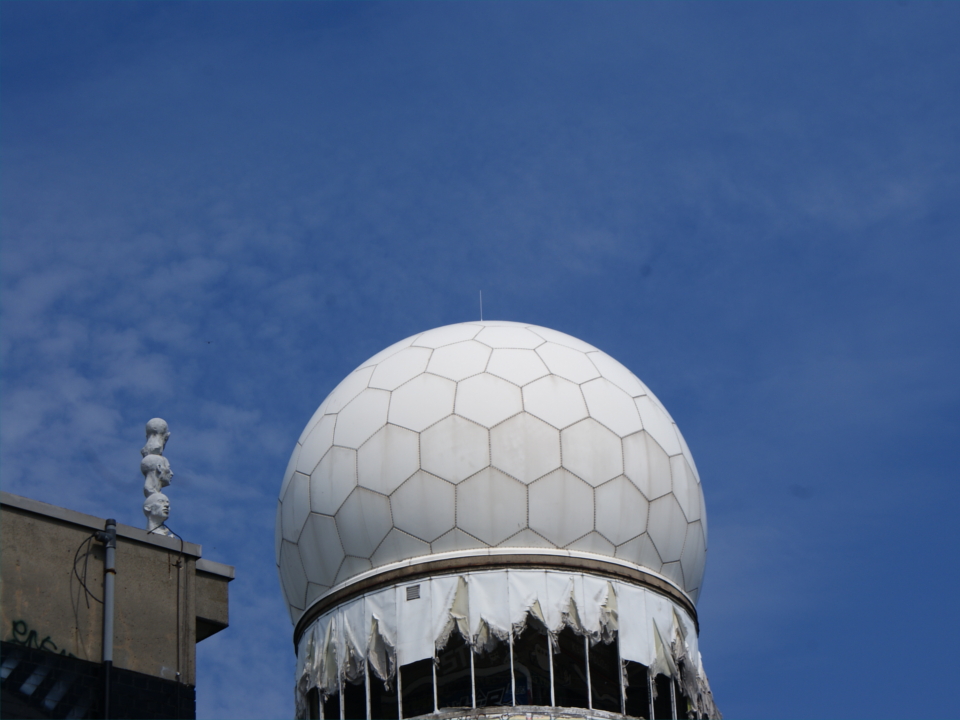 The monitoring station on the Teufelsberg © Minor